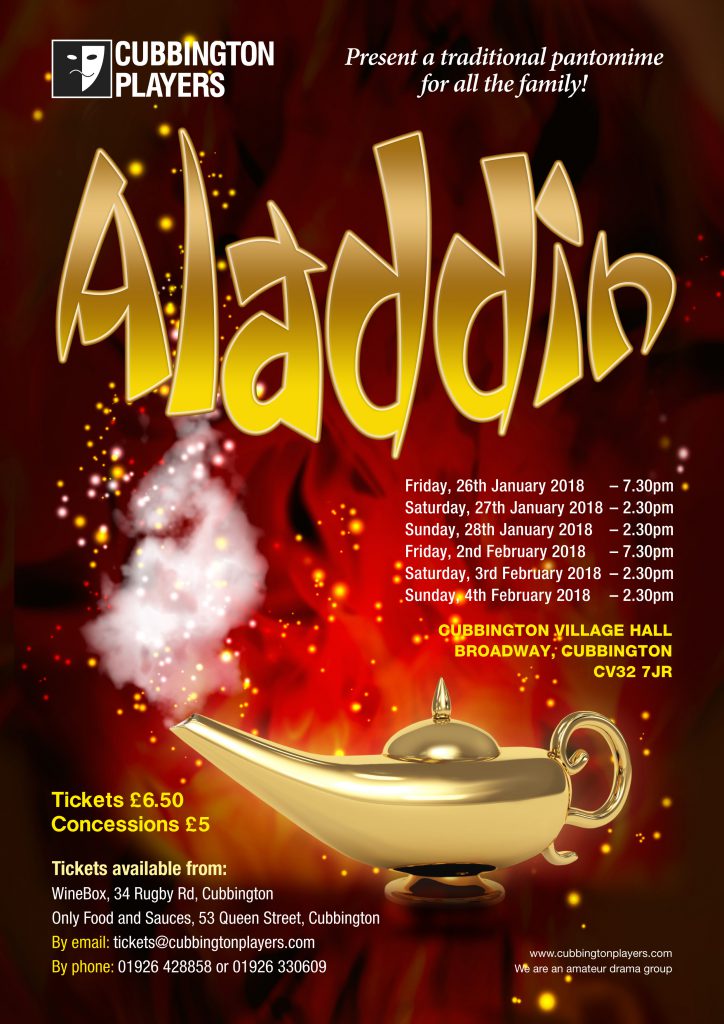 Aladdin is tricked by Abanazer — an evil magician — who wants him to find a magic lamp. If Abanazer gets the lamp he will rule the world with wickedness. Aladdin must beat Abanazer at his own game and with the help of his his Mother Widow Twankey and his friends win the day!