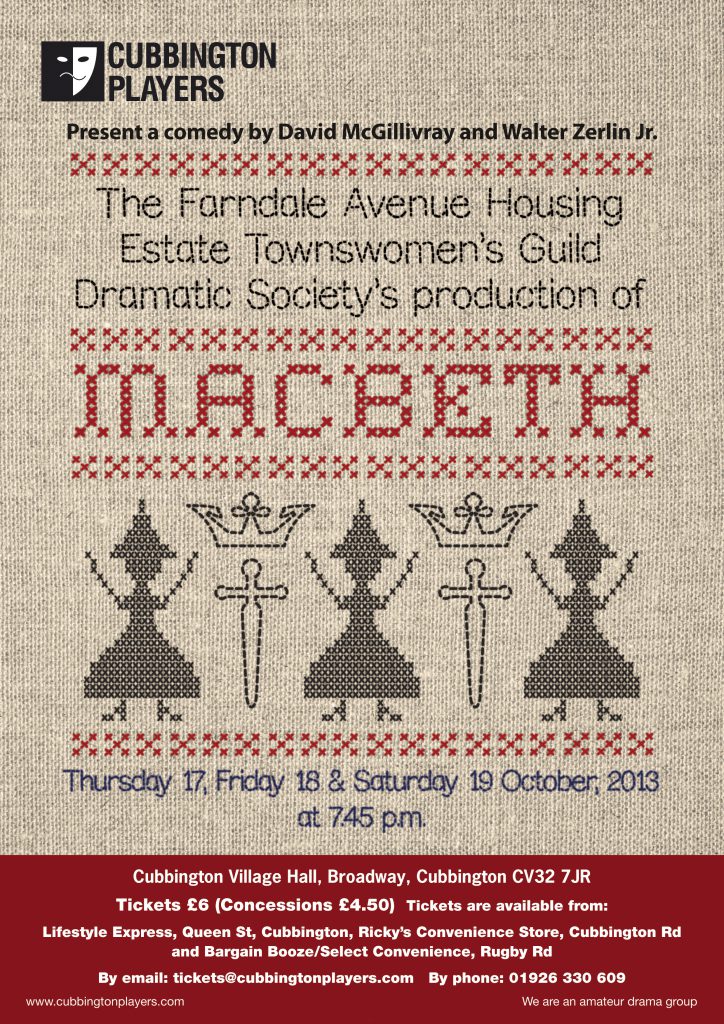 A comedy by David McGillivray and Walter Zerlin Jr.

It’s a big night for the Farndale Townswomen’s Guild. They are entered into their regional drama festival at Welwyn Garden City and adjudicator George Peach has a front row seat.

But even after nine months of rehearsing, it soon becomes obvious that the ladies’ aspirations are far beyond their acting ability. From the very beginning anything that can go wrong, does go wrong.

The set is back to front, a substitute needs to be found for Lady Macbeth who has got lost, an already injured third witch sustains more injuries and, when Dawn loses her glasses, woe betide anyone who gets in her way as she wanders about stabbing anything she happens to encounter. More mayhem ensues and as if this wasn’t enough, Peach announces that they have only 10 minutes left in which to finish the final Act or be disqualified.

Can the ladies do it? Find out as the story unfolds in this uproarious, comedy that will keep you laughing from start to finish.