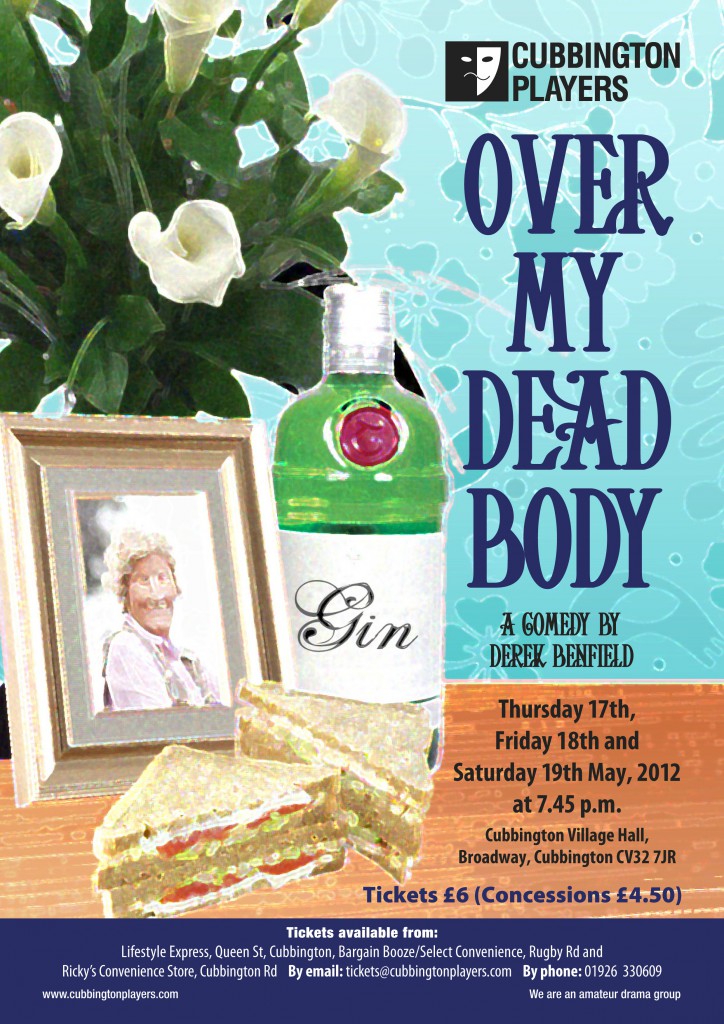 Following his wife’s recent death Gerald hopes to spend the rest of his days alone with his memories. But he reckons without his late wife’s forward planning, which results in a series of events occurring that Gerald had not anticipated. With the help of his daughter and son-in-law, Gerald strives to maintain his independence and keep unexpected visitors at bay. But the recalling of memories revives events from the past that are both funny and sad.

Warm performance from the Cubbington Players

The plot is straightforward enough. Gerald James is recently widowed. For some unspecified reason, his wife made arrangements before she died to ensure he is looked after in his widowhood. The attempts of various women to move in and take control of him, and Gerald’s slightly hapless attempts to resist them, are the basis of the action. In the end it is the boys who save the day. Gerald and his finicky son-in-law Mark (Tim Hurrell) hatch a plan that brings Gerald’s dead wife back to life to scare off the worst of the women. Make no mistake: we are in the familiar territory of seventies sit-com.

Barry West as the lugubrious Gerald was the rock on which the show depended. Brenda West as sister-in-law Amanda was a model of refined hypocrisy and newcomer Rebecca Warner played the part of the sexy housekeeper with pantomime zest. Sam Kneeshaw as daughter Shirley was mumsiness to a tee. The outstanding performance of the evening for me was Cath Staton’s as the louche Isobel. Her delivery as she became more and more tipsy was funny, tender and tragic at the same time.

Situation comedy depends upon perfect timing for its full effect – and if this was not quite as sharp as it might have been, the Cubbington Players made up for it with a warm performance full of strong characters that had the audience laughing in all the right places.