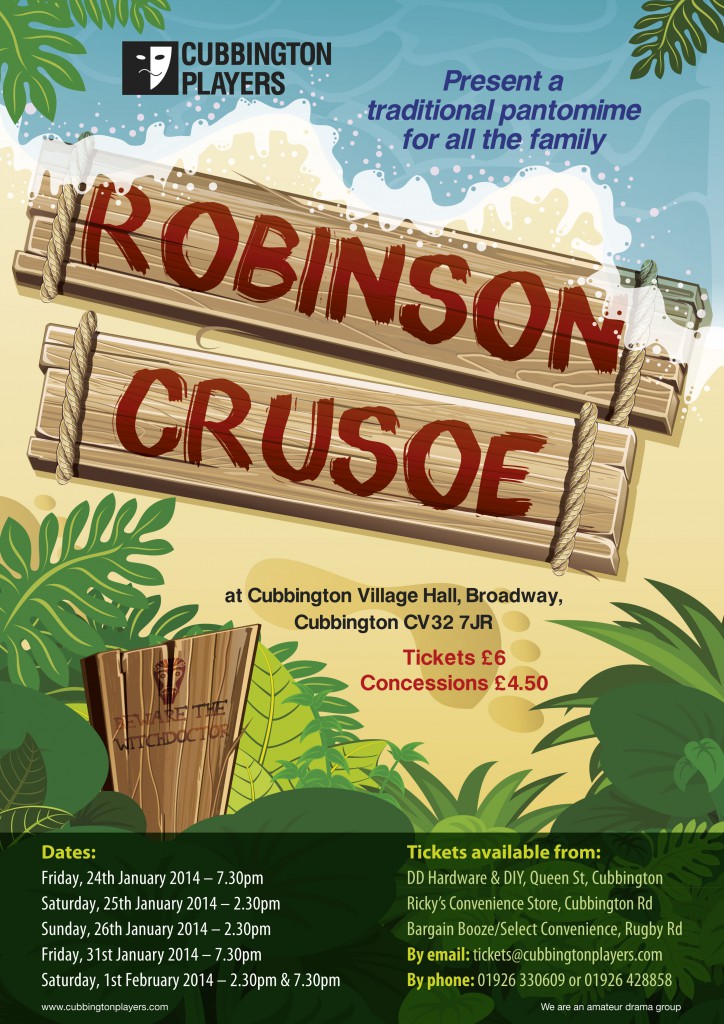 Our hero has been washed up on a South Sea Island after a storm conjured up by the wicked Doomsday has wrecked his ship. But he is not alone! The island has a motley crew of inhabitants. Some are good, like the two Fairies. Some are rather odd, like Widow Washday and her lugubrious helper Rainyday. Others are decidedly nasty, like Doomsday, his bloodthirsty companion Captain Cutthroat and his sidekick Swashbuckle.

Oh yes, and Doomsday has a beautiful but feisty niece called Friday, who doesn’t take very kindly to smelly sailors!

Doomsday wants to get ultimate power to rule the world. Will he succeed? Perhaps Crusoe can stop him. Or perhaps the two rather incompetent soldiers, Major Jump and Corporal Punishment might thwart him – or perhaps not. All will be revealed in the next sidesplitting 2 hours!